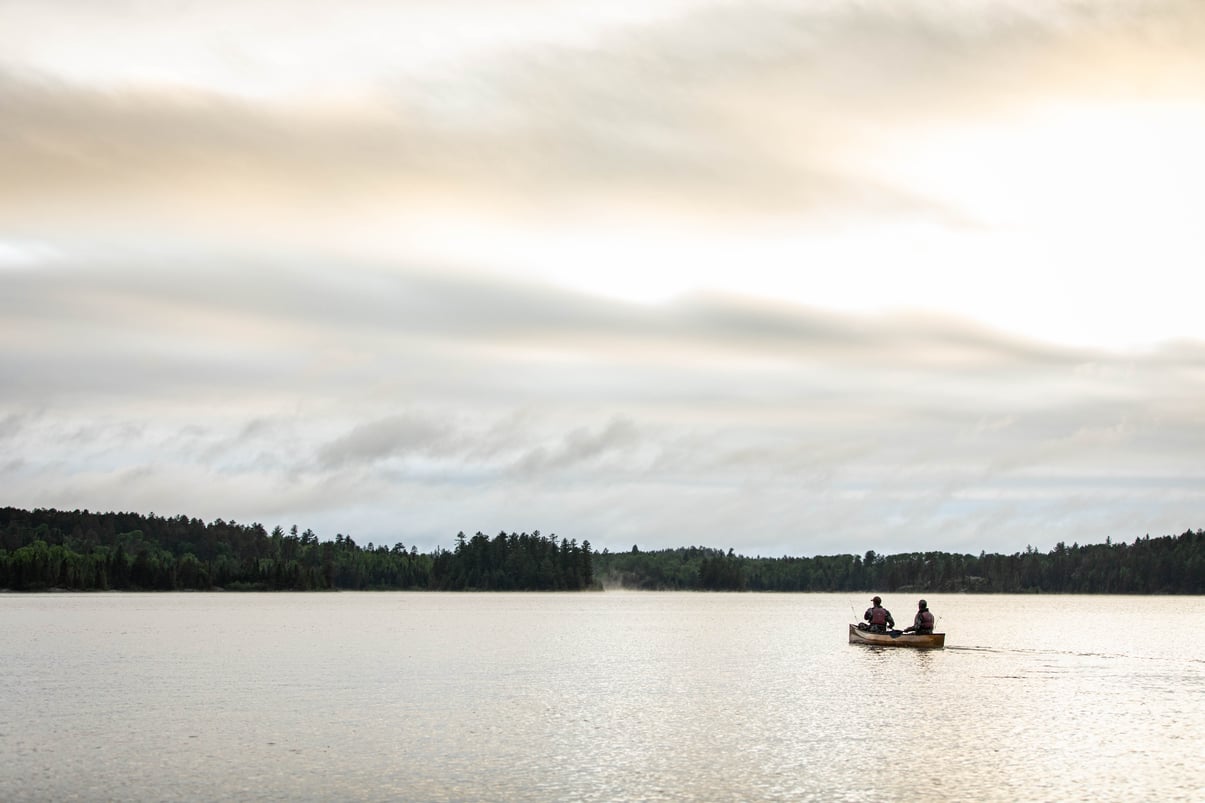 In the summer of 2020, America has looked to our public land with renewed importance. Across the country we are recognizing the value of our shared public access to these landscapes in a new light. Many of us have long understood their importance to our country and actively pursue efforts to improve that access, as well as the quality of habitat for fish and wildlife that we have access to. As hunters and anglers, we’ve pushed Congress to invest in these lands over and over, by fully funding programs like the Land and Water Conservation Fund through advocacy for the Great American Outdoor Act. 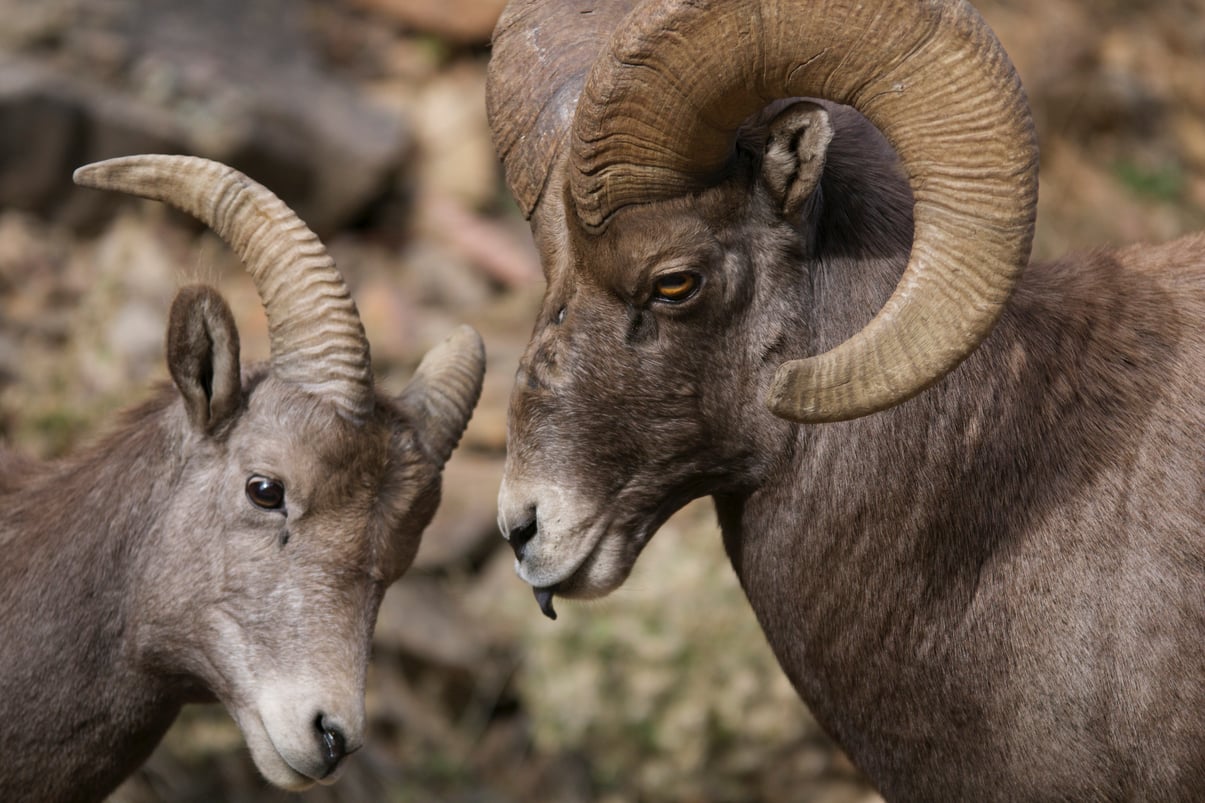 A Market Approach to Bighorn Sheep Conservation in the Northern Rockies

Where conflicts between livestock and wildlife are prolonged and intractable, the National Wildlife Federation (NWF) believes that public land grazing retirements can provide an equitable solution for ranchers and wildlife interests. In coordination with federal land managers, the NWF negotiates with livestock producers to retire livestock grazing allotments that experience chronic conflict with wildlife. In Idaho, Colorado, and Wyoming this project focuses on efforts to reduce the risk of disease contact between domestic and wild sheep. This market approach recognizes the economic value of livestock grazing permits and fairly compensates producers for retiring their leases. This approach establishes an important new western model for resolving conflicts between livestock and wildlife on public lands.

We are currently losing more hunters and anglers than we are creating. This decline is a huge problem that extends way beyond the bow or rod. Hunters and anglers pay a big part of the conservation debt. Therefore, one of the ways we can perpetuate public lands, access and our sporting heritage is by exposing non-hunters to hunting in the best ways possible. Typically food, a love of the outdoors, and explanations of game management are the most effective avenues to creating a positive impression of hunting.

This past April, at the annual Backcountry Hunters and Anglers Rendezvous, First Lite co-founder Kenton Carruth and Patagonia founder Yvon Chouinard had the opportunity to sit down and discuss bringing the various branches of outdoor recreation together under one roof in defense of the places we all value. In the Rocky Mountain West, your average hunter is also typically a hiker, biker, skier and/or angler. Though some organized special interests wish for a different reality, rarely do outdoor recreationists fall into neat, categories. Moreover, whether you’re a kayaker or a pheasant hunter, we head for the woods and mountains for the same reasons.

Chouinard hooks a trout on his tenkara rod as Carruth looks on in Montana. Photo: Garret Smith

Do Kenton and Yvon agree on every issue? Of course not but they are certainly ready to discuss their differences. More critically, First Lite and Patagonia are committed to ensuring that future generations will have the same public land opportunities we've so enjoyed. With that in mind, we sincerely hope that every member of the outdoor recreation community can take the time to educate each other in the woods for the betterment of our mutual playground. Sometimes all it takes is a little trailhead diplomacy.

Ryan Callaghan is the Director of Conservation and PR at FLHQ.

On Saturday July 29th, I found myself standing on the fringe of a road junction outside Las Vegas, New Mexico. Despite an early meeting time, the temps were rising and you could tell the day was going to be a cooker. To my back stood a severely weathered grave yard and to my front a seemingly endless mesa covered in juniper and piñon. From what I could gather, I was likely standing in one of the biggest social scenes this particular part of the country had ever seen. Our group included members of the New Mexico Wildlife Federation, Backcountry Hunters and Anglers, New Mexico Game and Fish, and the Bureau of Land Management. It also included commissioners of San Miguel County, the New Mexico Bowhunters Association, Senators Martin Heinrich and Tom Udall, and a few cowboys to wrangle horses for the main event. I watched as three shiny suburbans and a few state police cars pulled up, escorting in the Secretary of the Interior, Ryan Zinke.

Secretary Zinke came to this corner of New Mexico to fulfill a promise to Senator Heinrich and the people of New Mexico. That promise included taking a tour of the Sabinoso Wilderness, some 16,000 acres of prime game habitat, to determine if an addition to the Wilderness would be possible. Never heard of the Sabinoso? Truthfully, neither had I until I received a phone call a week prior to this meeting. Don't feel bad; there is a good reason you are unaware. You cannot legally access the Sabinoso Wilderness, as the entire area has been landlocked by private ground. By virtue of being a Wilderness area, the Sabinoso must be managed by the Department of the Interior as a resource for the "use and enjoyment of the American people”, yet you and I are barred from entry. However, there is a silver lining: the Wilderness Land Trust, an organization that acquires and transfers private land to public ownership, currently holds 4,000 acres of land called the Rimrock Rose Ranch that could provide legal access to the Sabinoso. The Trust will donate this land to the people of the United States; all that is required is the signature of Secretary Zinke on the final agreement.

Why does this matter from a hunting perspective? Why the hell was I there? Turkey, elk, mule deer, black bear, and Barbary sheep can be found in the Sabinoso Wilderness. It is a place that can push you to your limits and will make the great hunting gear you own necessary. The canyons are prime nesting areas for raptors like the peregrine falcon and the intermittent stream is home to catfish, panfish and the largest concentration of amphibians in Northern New Mexico. Along these streams, you will find sandy deposits perfect for pitching a tent.

My brief time in the Sabinoso left me with the all too familiar pangs of opportunity lost and fear of missing out. How do I get back to properly explore? How do I apply for tags? The truth is, those thoughts are fanciful. They are just day dreams unless we can get access, and access now lays in the hands of Secretary Zinke.

Please use one or both of the links below to urge Secretary Zinke to do his job and manage the Sabinoso Wilderness for the "use and enjoyment of the American people”.

Ryan Callaghan is a BHA life member and the Director of Conservation and Public Relations at FLHQ.