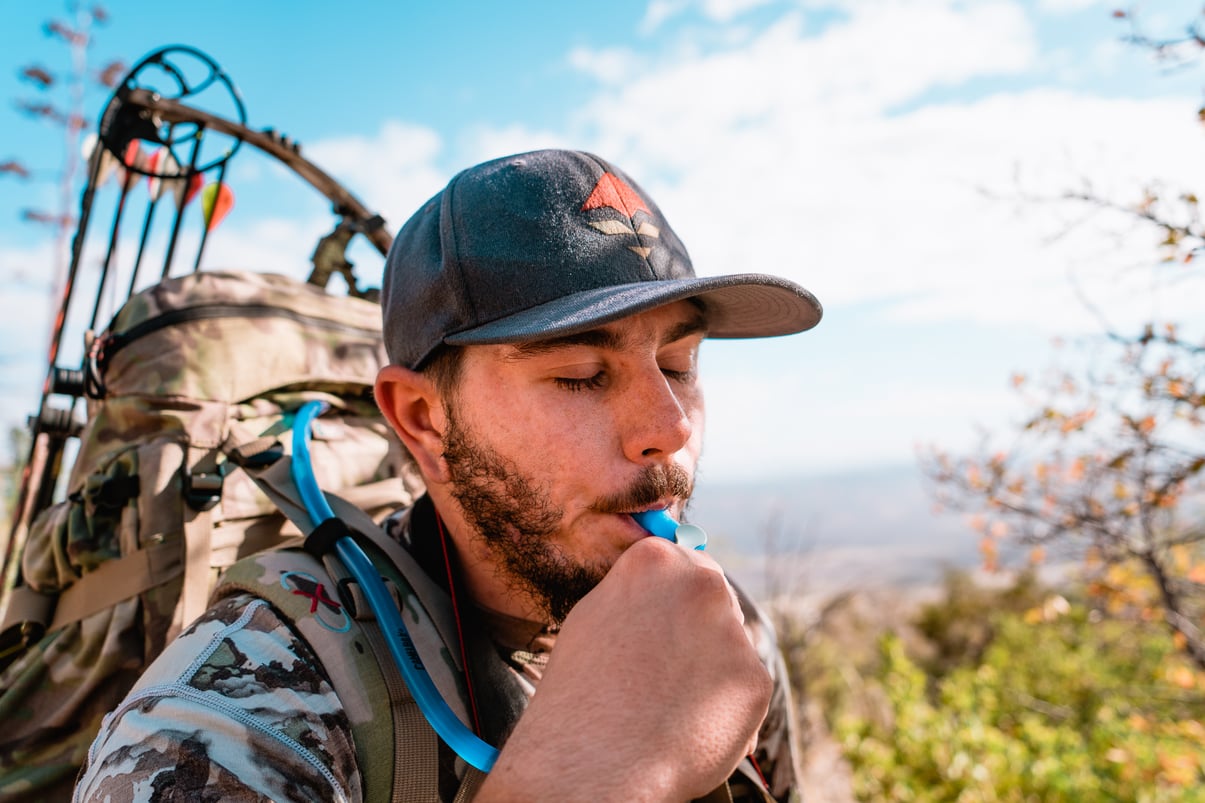 As the middle of December got farther and farther away in the rear view mirror, I got closer and closer to my first backpack hunt in January. My brother and I would pack into the high desert for coues deer with our bows. Up until this point, many of my evenings were spent scouring maps for places to camp, “deery” country, and water. Living in Arizona, water is something that can be quite hard to come by. It’s always there somewhere, but in varying degrees. If I’m being honest, it made me quite jealous of those that got to backpack hunt in areas a bit more rich in water. Places where most creeks actually flowed and there were reliable water sources around. The arid country that we call home forces us to use our heads in relation to water, because as we all know, water is life. Since that first backpack hunt we did quite a few years ago, there are a few things I’ve learned to keep in mind when in areas slim on water.

Doing your research before a hunt is critical for finding success, but also for finding water. One of the first things I do is start looking for marked water sources on maps. It could be springs, creeks, etc. From there, I’ll look for possible camp locations in relation to said water. In most places, that would be really all you’d need to do for a reliable water source. Here though and in other arid parts of our country, it’s imperative that one actually go put boots on the ground to scout the water. Plenty of marked water sources have sat beneath my boots with nothing more than rock and dirt. Had I trusted the map, I’d all of a sudden be on a water hunt during my deer hunt. So, not only do we scout animals, but we scout water.

What if a person can’t put boots on the ground though? This could be the case if they were coming from out of state, which is understandable. There are a few things a hunter can do right from home. Google earth is a tool that more than a few of us have utilized in the past. There is a feature on there where you can change the satellite imagery by time of year. Many canyons will have water pooled up at the bottom, which can be simply seen by this satellite imagery. This stuff isn’t marked on a map, but with that time feature, a hunter can tell where water is at certain times of the year in these canyon bottoms. Another thing is actually researching backpacking sites. These folks lay it all out on the table for you. Reading through someone’s hike report can be gold to folks like us. These reports will have dates and everything. Sometimes, they’ll even go to the extent of saying something like, “we saw 4 mule deer bucks in this saddle.”

Along with knowing the country you’re heading into, it’s important that one know their body as well. What I mean by that is knowing how much water you actually need each day you’re out. This is something that usually flies under the radar with many folks, but I assure you, it’s valuable intel. And it’s pretty simple to figure out. Heck, you don’t even have to be backpack hunting to do it. A simple day hunt/scout will work just fine. At the end of the day, just look at how much water you drank. Were you thirsty still or satisfied? After doing this so many times, you’ll get the hang of how much water you’ll roughly need for each day in the hills. Don’t forget to include water for cooking in the mix as well. This is where dehydrated/freeze dried meals that don’t take a lot of water really shine. It’s less water to use for cooking, more water for you to drink, and less water that you need to filter. This info may not be super handy for areas where water is ample, but should you find yourself needing to bring your own water or filter in bulk at a set location, it’s money. Which leads me to my next points.

Bring Your Own Water?

That very first backpack hunt I mentioned at the beginning of this is a hunt where I actually packed water in ahead of time. About a week out, my wife and I hiked in 4 gallons of water for that hunt. And it’s not the only time we’ve done that. In fact, we pack water in often down here in cactus country. Sure, there’s a bit of leg work ahead of time, but call it a scouting trip and kill two birds with one stone. Once you’re up there, there is no chore of having to go filter water. It’s all right there for the taking. There are some pretty cool large bladder type bags that can be stashed for this very purpose. I’ve even just carried gallon containers and put them in the shade. How many to bring though is going to be a reflection of what we talked about right above. Knowing your body and how much water you truly need is key.

Another thing my brother and I have done in the past is filtering water in bulk. If we know there is one really good water source in a sea of dry country, we’ll pack in extra bladders and water containers. These are super lightweight and pack down super small. When it is time to filter, we’ll drop all the weight we can from our packs and head down to fill up all of these. After a heavy hike back up to camp, now we’ve got water for a few days and don’t have to keep dropping down everyday to filter. That is usually the last thing that I want to do at the end of a long day in the field. Dinner and a pillow are what’s on my mind during those times. This is a great way to stay efficient out there with your time. More time to focus on hunting.

Backpack hunting has continued to grow in popularity within the last few years. Just doing so in general is hard, but throwing a curve in the road, like lack of water, can for sure change things out there. Water is something that will tie hunters into certain areas, meaning that a lot of country isn’t getting accessed as much. This is a great opportunity for someone willing to go the extra mile. With a little planning and ingenuity a hunter can not only be covered on the water front, but also be able to live in these areas where most don’t want to be bothered with. Early Fall hunting seasons are knocking on the door and by taking some of these things into consideration above, you’ll be that much more ahead of the curve and stay hydrated along the way.

Ambassador Josh Kirchner is the creator and author of the hunting blog Dialed in Hunter and is a frequent contributor to the First Lite Campfire and GoHunt.com